After we left the shelter of the Bodrum Marina we went back to in front of the St John's castle but that night was rock and roll so the following day we sailed round to a quiet bay to the west of the city.  There where other cruisers who we met.  It was a bit of a bus ride to get back into the city but we managed to do the final shop before heading northwards.
We passed bay after bay of huge housing developments, just brick and concrete almost not a single human in sight but it was early in the season so they may come here on holiday.
We followed the deeply indented coast past the town of Gulluk to the northern shore and the bay of Asin Limani.  The bay is protected by a sea wall built by the Greeks or Romans.  We dropped anchor and went ashore to see the best ruins I have ever seen.  We where all alone for two days. Amazing. 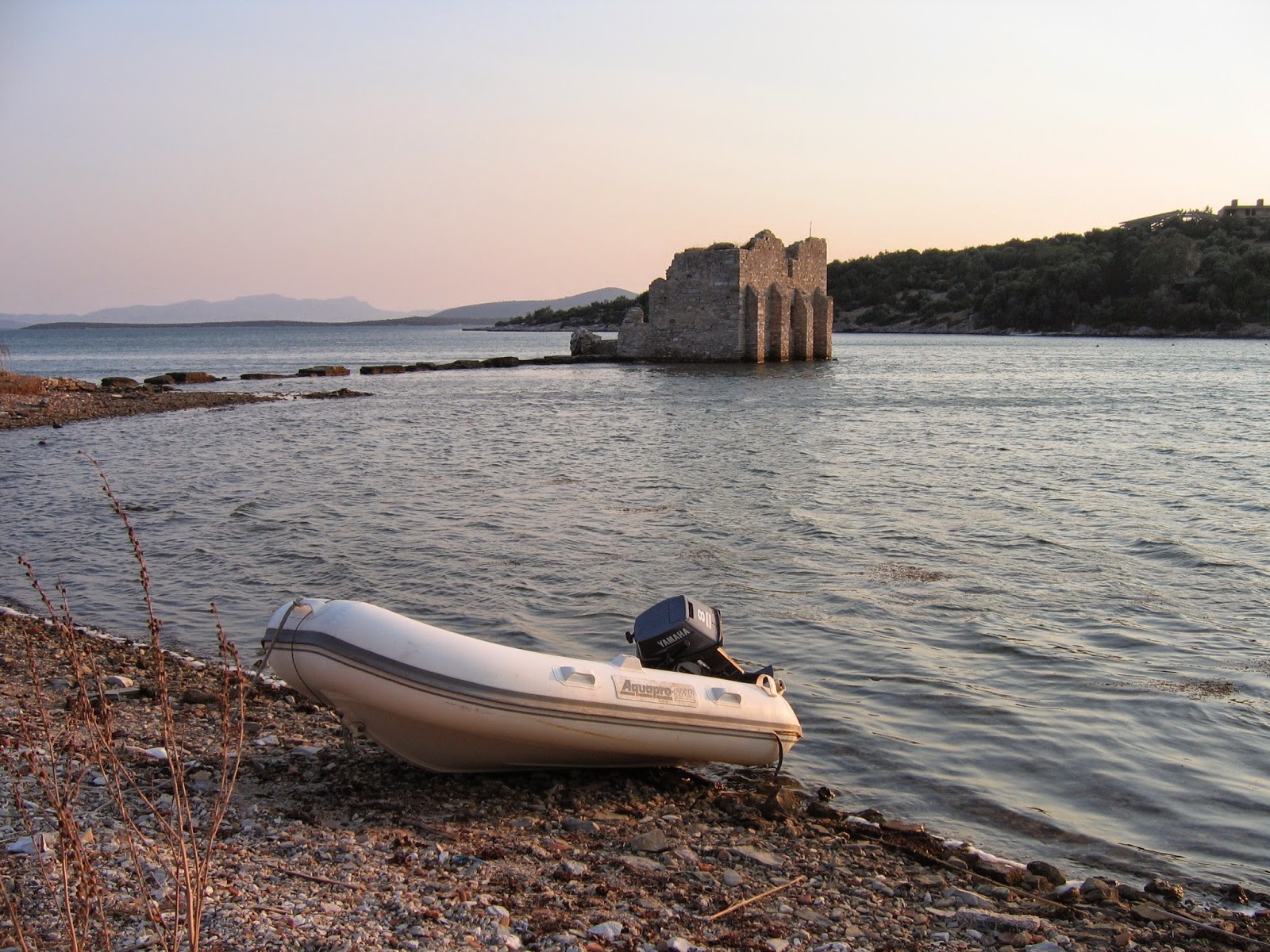 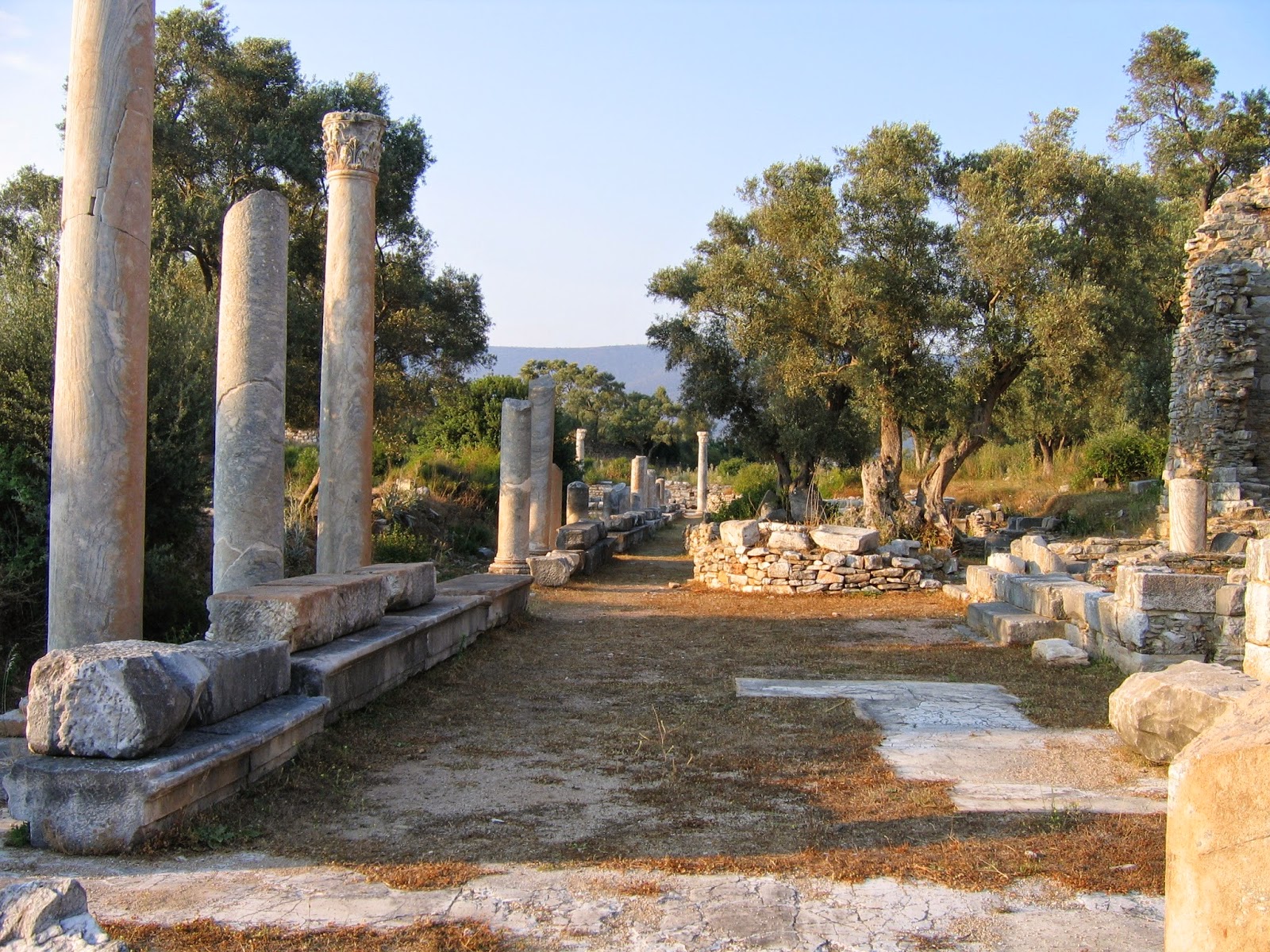 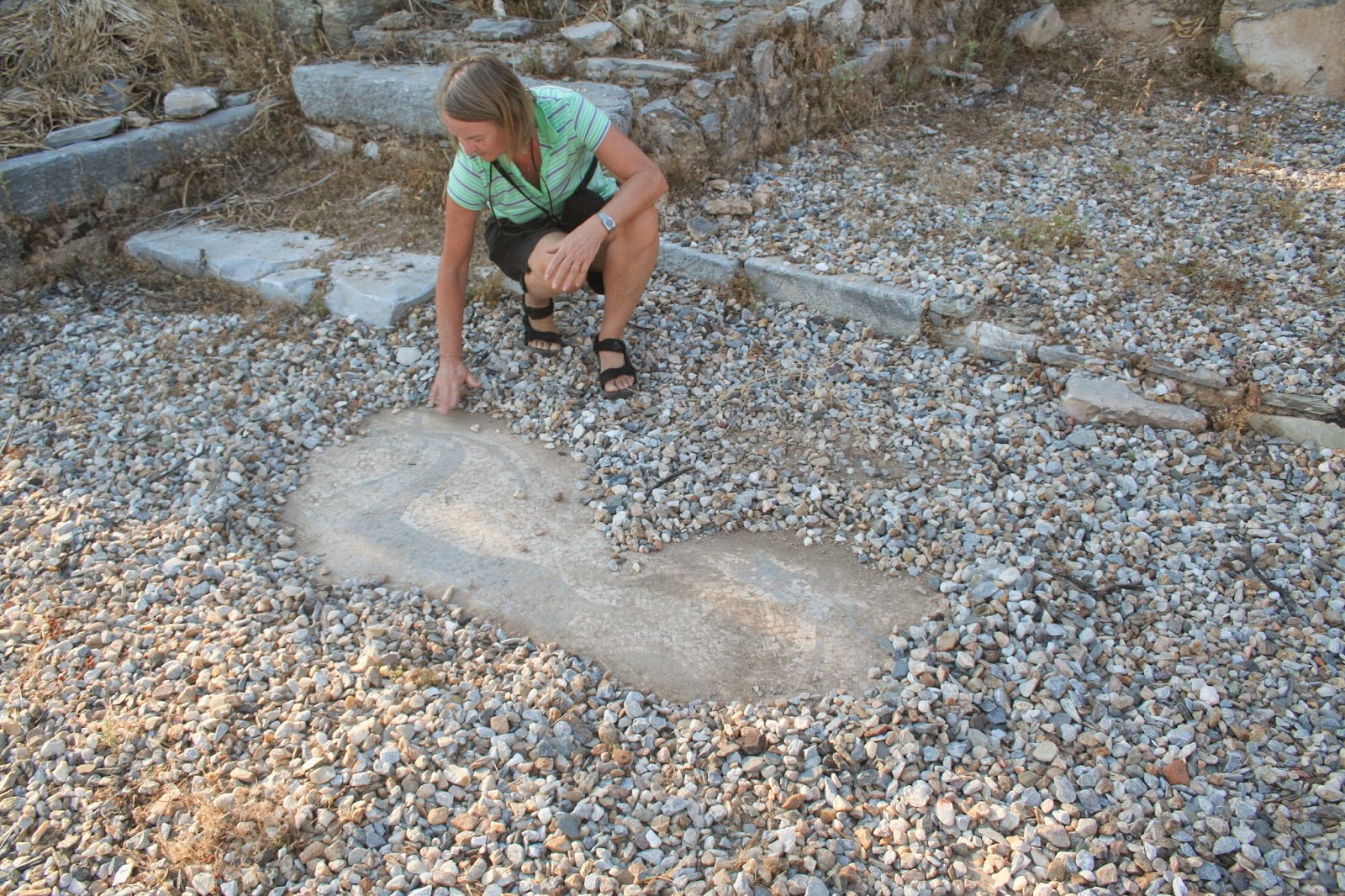 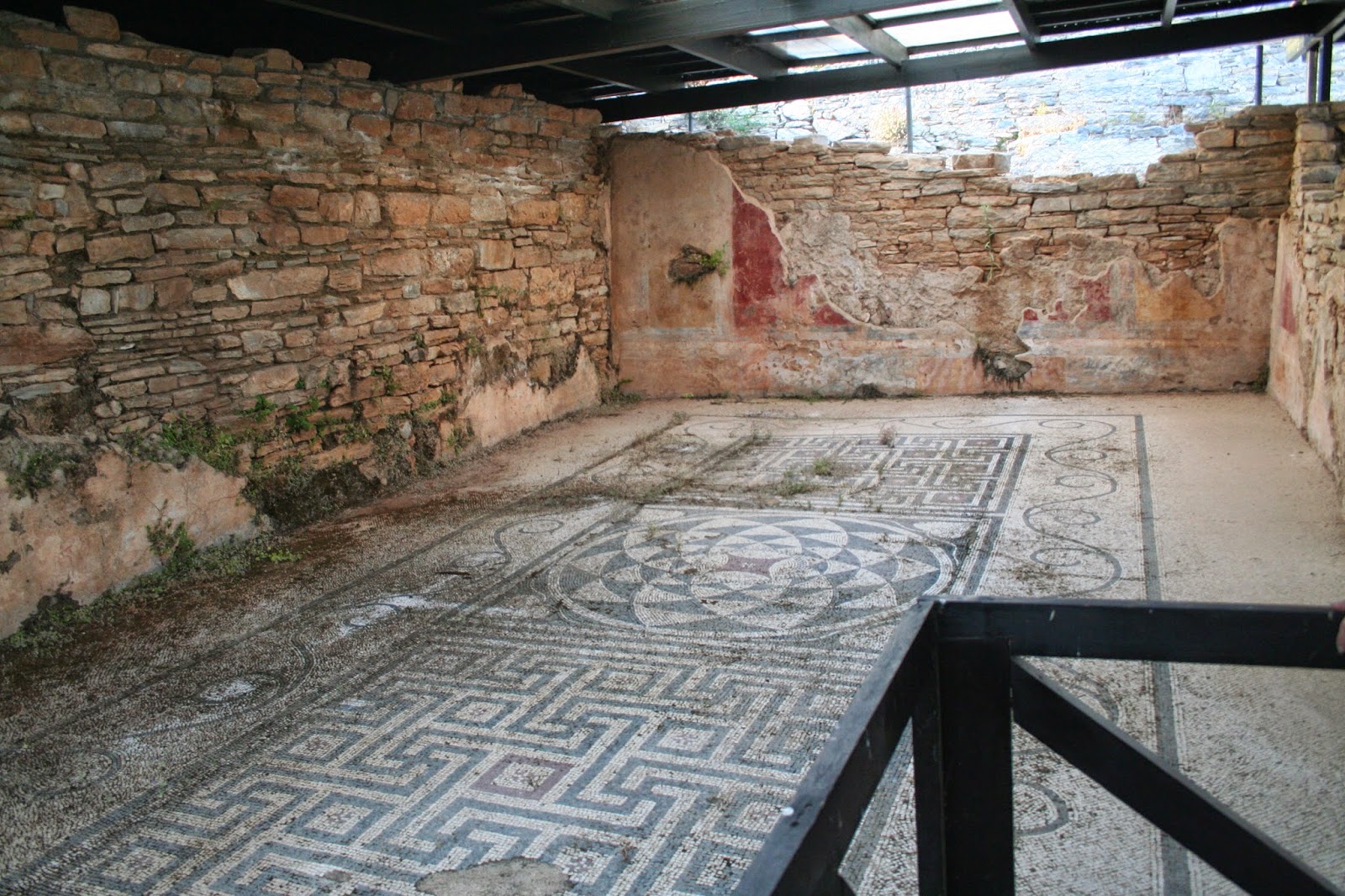 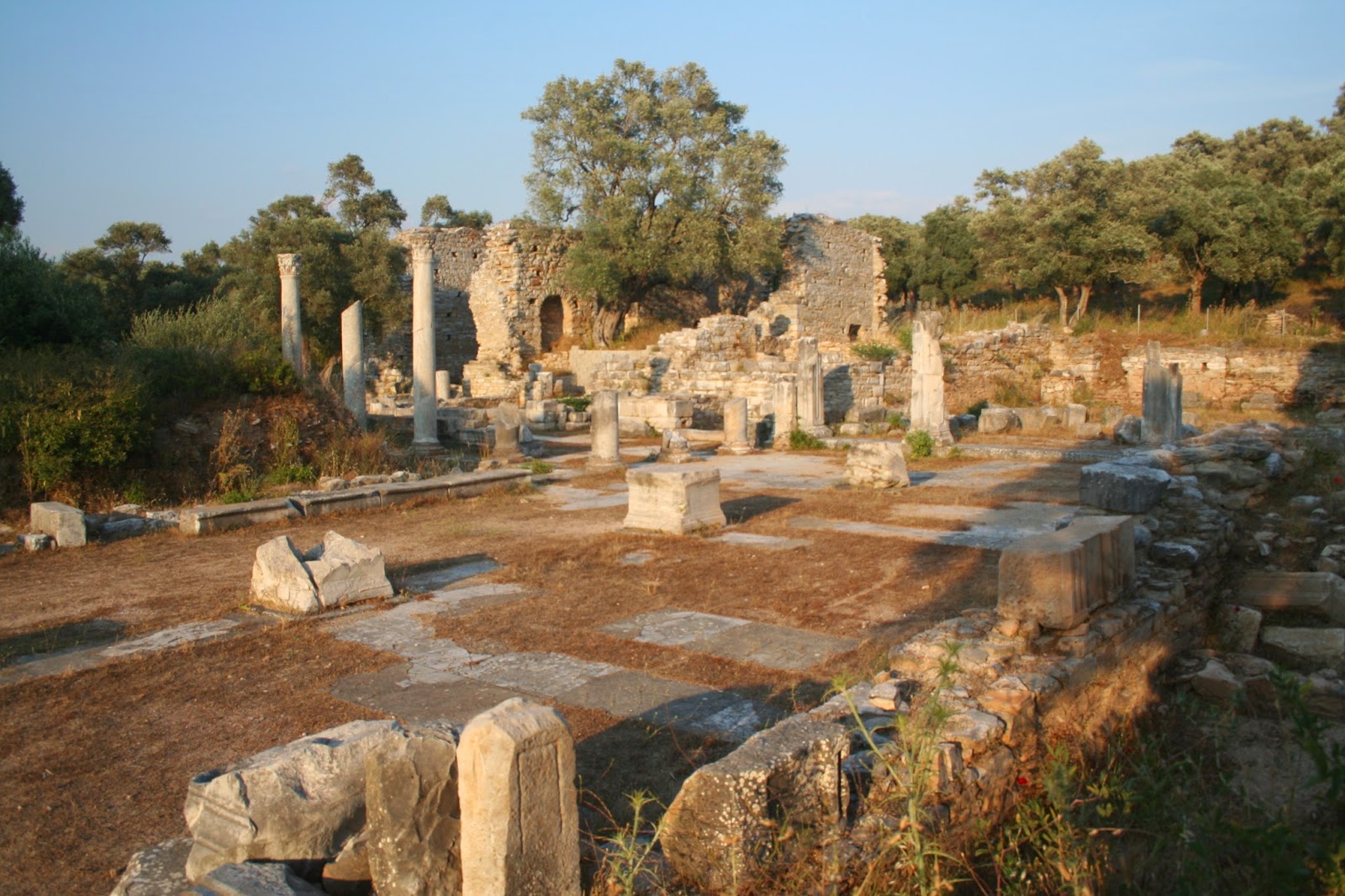 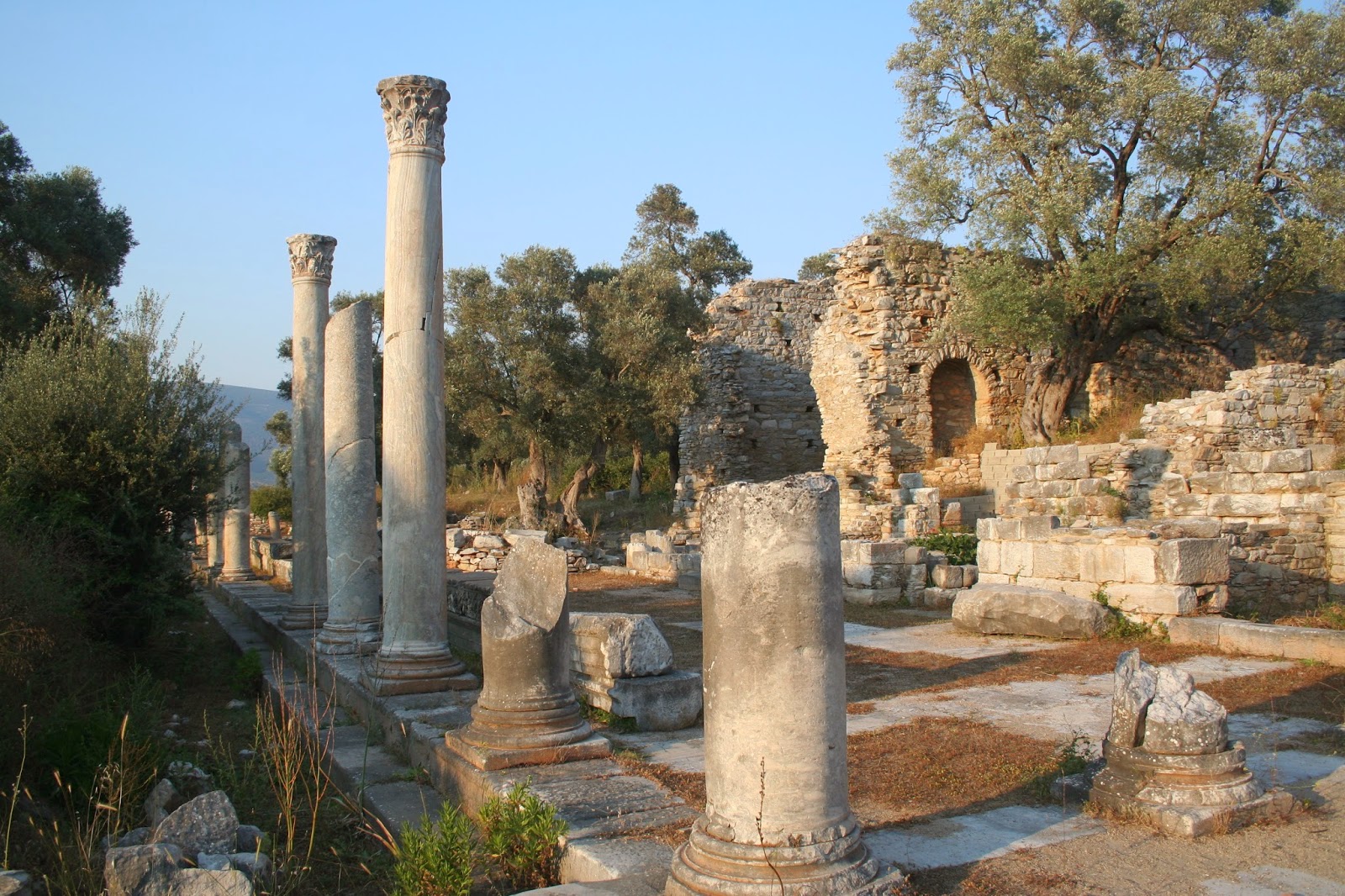 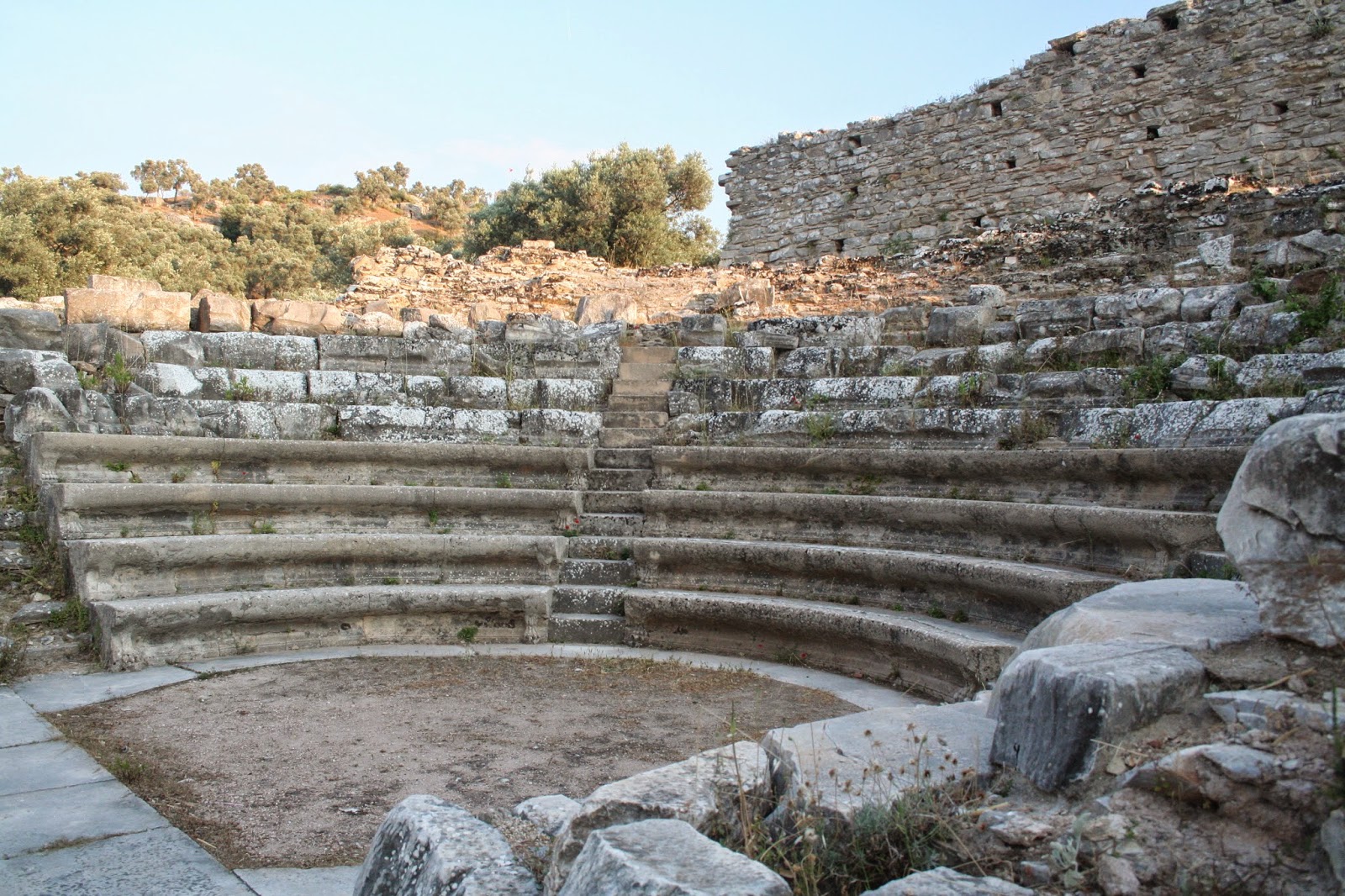 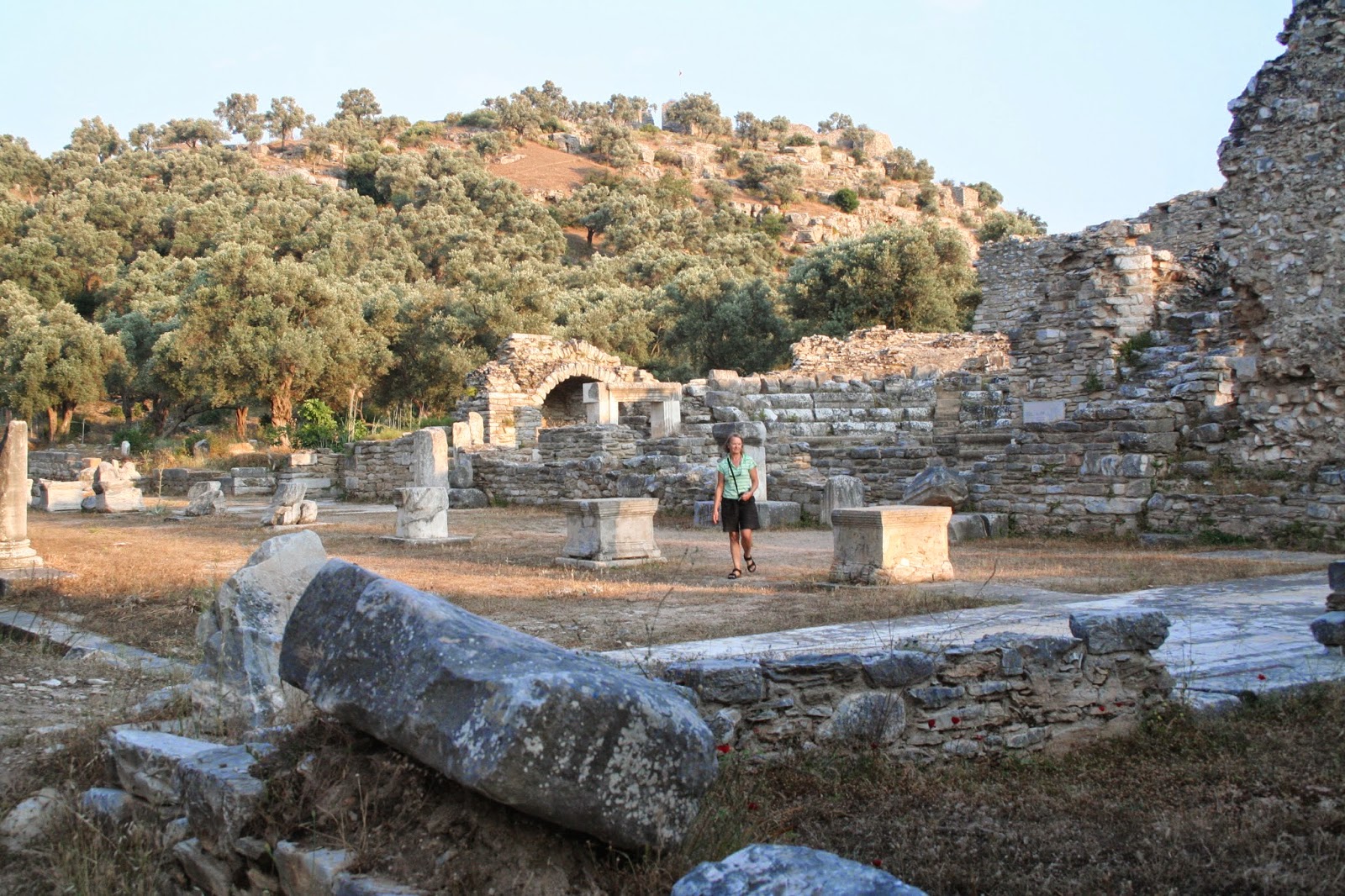 Posted by Harryws at 6:14 pm No comments:

Malua left Marmaris and soon fell into the cruising routine and things again worked like clockwork. While in Marmaris I had installed a remote anchor windlass switch at the steering console so I could raise and lower the new anchor without leaving the wheel. While alone this was a great help but will be redundant when Denny arrives. The first days sail was only a short hop along the coast westwards to Bozuk Buku where I tested the anchor switch. During the night the wind changed direction and I had to beat a hasty retreat raising the anchor while moving Malua away from pending distaste at the hands of the every closing rocks. The new switch paid for itself on the first day out.  Things always happen before you settle down to a good routine.
From there it was a short trip around the point across the strait south of Simi where we had cruised the previous season and north to the shelter of the coast west of Kos but on rounding Cape Krio the wind was behind me and I was making good progress so I set off for the Bodrum Coast and the bay of Godiva Korfezi. The wind decided to give Malua a test and before long it was on the nose with gusts well over 25 knots. Thankfully this did not last but the destination had to be changed so I did not need to tack to make the coast.
I sailed into Cokertme and dropped the anchor well away from the recommended spot in the lee of the headland some distance off an American HR yacht. The next day the wind changed and we both upped anchor and moved to the usual overnight spot in deep mud.
The short sail to Bodrum was again into the wind but on this occasion every light. 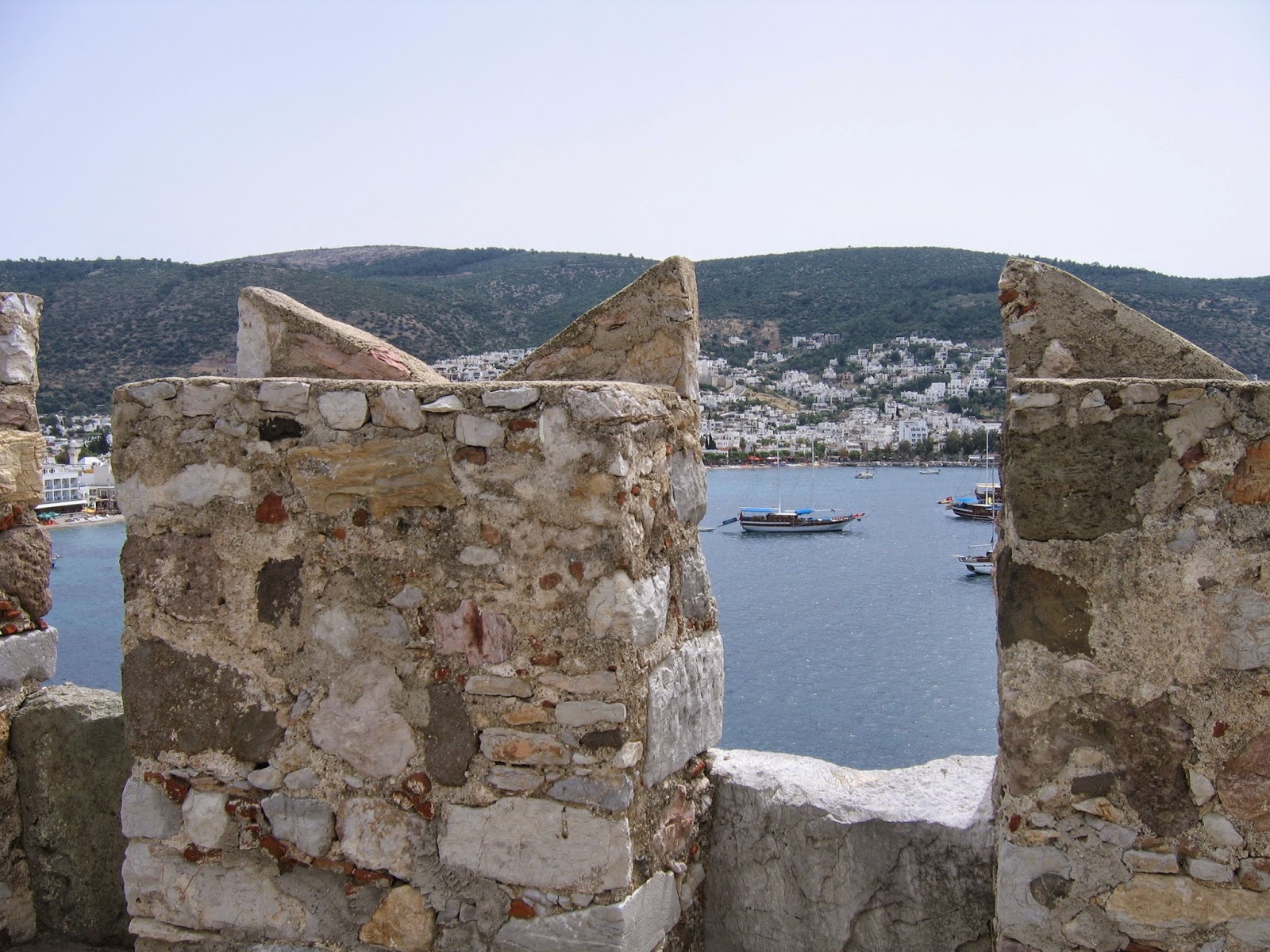 I dropped anchor in the lee of the St Peters Castle which was built by the Knights of St John.
Posted by Harryws at 5:08 pm

I arrived back in Marmaris to find Malua under a Gum tree where it had spent the winter. The cockpit cover had kept the leaves out while inside it was fresh with no water ingress or mould. I soon set about washing the dust off the boat and running the halyards and lines which I had removed. The topsides were polished and the damage to the keel sustained in Palma was epoxied. The anti fouling was still in good nick so I only applied some local mixture to the leading edges and rudder.

The day to go back into the water dawned and I was ready for the big lift. At two o clock the travel lift arrived only to find that it could not fit into the space between a huge motor cruiser which was undergoing a refit and the gum trees. After lots of talking and a bit of activity by the carpenters a path was cleared but the travel lift did not return until well after seven as the sun was setting. I was the last boat in the water that day. Fortunately the crew were ready to go home so they secured me in a berth very close to the facilities in a much sort after location.

Well Malua is back in the water, the engine is running and the shaft alignment that I had completed on the hard appears to be a great success. All it now need are some sails and a bit of wind and the expedition can begin.

Posted by Harryws at 3:02 pm No comments: